Conversion to the Catholic Faith 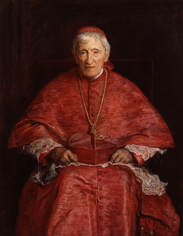 Cardinal John Henry Newman, formerly a leading Anglican Archbishop in England, after his conversion to the Catholic faith famously said, "To be deep in history, is to cease to be a Protestant."

Jesus told his apostles just before His ascension into heaven, All authority on heaven and earth has been given to me.  Go therefore and make disciples of all nations, baptizing them in the name of the Father, and of the Son and of the Holy Spirit, teaching them to observe all that I have commanded you; and lo, I am with you until the end of the age (Matthew 28: 18-20).  Starting with the Apostles and the Bishops, who were their successors, the Church has been doing this for 2000 years.  There are over one billion Catholics today.  Conversion is the process of learning the truths Jesus Christ taught and becoming His disciples, living a life of faith and looking forward to our true home in heaven.

There have been countless conversions to the Catholic Church over the years from many, many denominations.  A good website to learn more about what motivates people to convert and the blessings they receive thereafter is the Coming Home Network, which can be seen by clicking here.  It is full of personal testimonies from people of diverse backgrounds and faiths.

The fact that Jesus founded the Catholic Church alone is a powerful reason to examine the Church’s teachings (see Matthew 16: 13-19). The Church Jesus founded is presented in the verses of the New Testament, for example, the Acts of the Apostles describes the Baptism of the first large group of converts on the feast of Pentecost.  The Apostles and holy women received the Holy Spirit on that day.  Peter addressed the crowd resulting in 3000 baptisms in the Jordan River.

The Eucharist is discussed in John 6 by Jesus and subsequently is given to all of His Apostles at the Last Supper in the accounts of Matthew, Mark and Luke and by St. Paul in his first letter to the Corinthians (especially in chapters 10 and 11).  St. Paul writes, “For I received from the Lord what I also delivered to you, that the Lord Jesus on the night he was betrayed took bread, and when he had given thanks, he broke it, and said, ‘This is my body, which is for you.  Do this in remembrance of me.  In the same way also with the cup, after supper saying, ‘This cup is the new Covenant in my blood.  Do this, as often as you drink it in remembrance of me.’” (1 Corinthians 11: 23-25).  The Eucharist is the source and summit of our faith. What the Old Testament Jews had only in the type in their temple, we have in the reality of the Holy Eucharist.

G.K. Chesterton [the great English author] once wrote, The difficulty in explaining 'why I am a Catholic' is that there are ten thousand reasons all amounting to one reason: that Catholicism is true.” Nearly 2,000 years ago, Jesus Christ founded the Catholic Church to preserve the truth He gave us and hand it down through the centuries, helping people all around the world encounter the love of God in every age and in every corner of the earth.

The Catholic (meaning universal) Church produced the New Testament scriptures, which it alone identified, but not until the fourth century Synod of Rome in 382 A.D. Of course, the New Testament Scriptures, which were circulating from the time of their origin, but so were other Catholic documents like the Shepherd of Hermas, Clement of Rome’s letter to the Corinthians, the letter of Barnabas and other Catholic works which did not make it into the canon of Scripture. This was not a problem for two reasons, first, most people could not read until the invention of the printing press in the fifteenth century made reading more accessible to the masses and second the Church relied upon Apostolic Tradition, which was oral, along with the Sacred Scriptures.  For more on Sacred Oral Apostolic Tradition, click here.

Thus, the truths which Christ taught to the Apostles and the Early Church preserved in her Apostolic oral Tradition as well as in the Scriptures of the New Testament, which were inspired by the Holy Spirit, together make up the precious Deposit of Faith.  This faith, centered as it was on the person of Christ, led to persecution and martyrdom of large numbers of Christians, who were the subject of persecution, first by the Jews from whom the first converts came, but later from the Roman Empire which dominated the Mediterranean world by the end of the third century.  Nonetheless, Christianity spread in part because of the way most Christians went to their deaths without giving up their faith, convinced that they were going to be with Jesus for eternity.  Christianity spread because of the love Christians shared with one another and others.

The Catholic Church asks interested persons to contact a local Catholic parish and ask about their Catholic inquiry classes.  There is no obligation to become a Catholic even after you finish the inquiry classes (Rite of Christian Initiation of Adults or RCIA), which generally run for about ten months.  The inquirer is introduced into the mystery of salvation, the tenets of the faith, the liturgy, prayer, and Catholic apostolates serving Christ and the people of God.  If you have specific questions about the faith or RCIA that we can answer, write us at catholicfaithandreason@gmail.com.

To return to our the Home Page for Catholic Faith and Reason, click here.