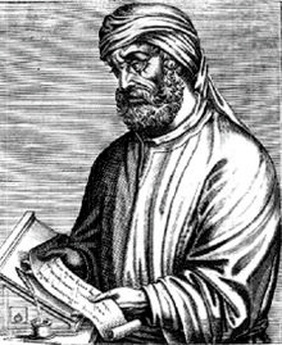 The Fathers of the Church spread the gospel of Jesus Christ, defended the Church in apologetic writing and fought the many heresies of the first six centuries of Christianity. These men, also called Apostolic Fathers, gave special witness to the faith, some dying the death of a martyr. Like Jesus who referred to Abraham as a spiritual father (Luke 16: 24) and St. Paul, who referred to himself in the same terms (1 Corinthians 4: 15), the Fathers were zealous for the word of God. Their writings are a testimony to the faith of the early Church, yet many Christians are unfamiliar with the work of Clement of Rome, Ignatius of Antioch, Polycarp of Smyrna, Justin the Martyr, Irenaeus, Tertullian, Origen, Cyprian of Carthage, Athanasius, Ephraim, Cyril of Jerusalem, Hilary of Poitiers or Gregory the Great to name of few of the early Fathers. Periodically we will provide biographical information and examples of the writing of these great men of faith. This page will focus on Tertullian.

Quintus Septimius Florens Tertullian (155-245 A.D.) was born to pagan parents in Carthage, North Africa between 155-160 A.D. A lawyer by profession, he converted to Christianity in 193 A.D. and became a Catholic apologist until 212 A.D., when he succumbed to the Montanist heresy (among other beliefs they held that sins committed after baptism could not be forgiven and practiced a severe asceticism). His writings during his period of orthodoxy arguably represent the first in the new vernacular of the West, Latin, by a Christian author. His prolific writings are often quoted by later Christians, especially St. Jerome and St. Augustine. His most famous work entitled simply, "Apology" is preserved in no less than 36 codices. Written about 197 A.D., it's most quoted phrase is, no doubt, "The blood of martyrs is the seed of Christians!" Tertullian wrote many other works, some of which are quoted below. He died between 240-250 A.D.

The Prescription [Demurrer] Against the Heretics:(200A.D.)

[21,1] From this then, we draw up our demurrer: If the the Lord Jesus Christ sent the Apostles to preach, no others ought to be received except those appointed by Christ. For noone knows the Father except the Son, and to him whom the Son gives a revelation. Nor does it seem that the Son has given revelation to any others than the Apostles, whom He sent forth to preach what He revealed to them. But what they preached, that is, what Christ revealed to them--can be proved in no other way except through the same Churches which the Apostles founded, preaching in them themselves "viva voice" as they say, and afterwards by their Epistles. If these things are so then it follows that all doctrine that agrees with the apostolic Churches, those nurseries and original depositories of faith, must be regarded as truth . . . And indeed, every doctrine must be prejudged as false, if it smells of anything contrary to the truth of the Churches and of the Apostles of Christ and God. . . . We communicate with the apostolic Churches because there is no diversity of doctrine: this is the witness of truth" [John 17: 11, 17].
[32,1] Moreover, if there be any [heresies] bold enough to plant themselves in the midst of the apostolic age, so that they might seem to have been handed down by the Apostles because they were from the time of the Apostles, we can say to them: let them show the origins of their Churches, let them unroll the order of their bishops, running down in succession from the beginning, so that their first bishop shall have for author and predecessor some one of the Apostles [Titus 1: 7; 1 Tim 3: 1-2] or the apostolic men who continued steadfast with the Apostles. For this is the way the apostolic Churches transmit their lists: like the Church of the Symrnaeans, which records that Polycarp was placed there by John; like the Church of the Romans, where Clement was ordained by Peter. In just this same way the other Churches display those whom they have as sprouts from the apostolic seed, having been established in the episcopate by the Apostles."

[1,1] A treatise on our sacrament of water, by which the sins of our earlier blindness are washed away and we are released for eternal life will not be superfluous . . . [1 Pet 3: 21] Vipers and asps, as is true of serpents in general, are found in dry waterless places. But we, little fishes, are born in water after the manner of our 'fish, '[using the Greek letters to symbolize Jesus] Jesus Christ, nor can we otherwise be saved, except by abiding permanently in the water."
[12, 1] Since it is in fact prescribed that no one can attain to salvation without Baptism, especially in view of that declaration of the Lord, who says, 'Unless a man shall be born of water, he shall not have life,' there immediately arise scrupulous, or rather audacious doubts on the part of some, as to how, in accord with that precept, salvation can be attained to by the Apostles, who, except for Paul, we do not find baptised in the Lord. . . . I have heard--the Lord is my witness--doubts of that kind!

[2, 11] A good deed has God for its debtor, just as also an evil one; for a judge is the rewarder in every case.
[4, 1] If there be repentance pardon will on that account be granted for every sin, whether committed in the flesh or in the spirit, whether in deed or in desire, by the same God who otherwise determines their punishment in the judgment.
[6, 4] How very inconsistent it is, to expect pardon of sins when repentance has been subverted and is not completed.
[7, 10] [The devil's] poisons are foreseen by God; and although the gate of repentance has already been closed and barred by Baptism, still, He permits it to stand open a little. In the vestibule He has stationed a second repentance, which He makes available to those who knock. . .
[12, 1] If you are inclined to draw back from confession [of sins] , consider in your heart the hell which confession extinguishes for you, and imagine first the magnitude of the penalty, so that you will not hesitate about making use of the remedy . . . .Therefore, when you know that after the initial support of the Lord's Baptism there is still in confession a second reserve against hell, why do you desert your salvation? Why do you hesistate to approach what you know will heal you?