The Sacred Nature of Life 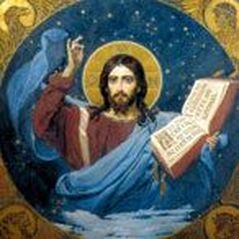 It seems strange to have to discuss a subject so basic as the sacredness of human life.  All civilizations have laws against the taking of human life.  God fearing peoples on every continent understand that human life is sacred. The Jews certainly understood this.  We see in the Old Testament, for example, that Psalm 51: 5 notes: “Behold I was brought forth in iniquity and in sin did my mother conceive me.”[1]  King David was in search of “clean heart” and in the passage cited acknowledges that he has a spiritual nature, which was his from his very conception in his mother’s womb.  We would refer to this spiritual nature as a soul. Another example from the Old Testament is from the Prophet Jeremiah who hears the word of the Lord speaking these words to him, “Before I formed you in the womb I knew you, and before you were born, I consecrated you; I appoint you as a prophet to the nations” (Jeremiah 1: 5).

In the New Testament the Apostle James informs us that “the body without the spirit is dead” (James 2:26).  The child’s body is growing inside the mother, which shows that it is living and must already have a spirit or soul.  Thus, Catholic Christians have always recognized that when God creates a new human being in a mother’s womb it has a soul and its life is sacred.  This is not some new doctrine of the Church but has always been integral to it.  For example, in the Didache, which is subtitled “The Teaching of the Apostles,” which was used to instruct catechumens (those entering the Church and preparing for Baptism), it states:

Similarly, we can see in another early Church document the same prohibition, “Thou shalt not slay the child by procuring abortion; nor, again, shalt thou destroy it after it is born” (Letter of Barnabas 19 [A.D. 74]).  Writing in about 177 A.D. in his work, A Plea to Christians, an early Church Father, Athenagoras of Athens wrote:

“What man of sound mind, therefore, will affirm, while such is our character, that we are murderers? . . . [W]hen we say that those women who use drugs to bring on abortion commit murder, and will have to give an account to God for the abortion, on what principle should we commit murder? For it does not belong to the same person to regard the very fetus in the womb as a created being, and therefore an object of God’s care, and when it has passed into life, to kill it; and not to expose an infant, because those who expose them are chargeable with child-murder, and on the other hand, when it has been reared to destroy it” (A Plea for the Christians 35 [A.D. 177]).

Another Church Father, Tertullian writing in 210 A.D. in his work entitled, The Soul, says, “Now we allow that life begins with conception because we contend that the soul also begins from conception; life taking its commencement at the same moment and place that the soul does” (The Soul, 27).

The argument is sometimes made that the woman should be able to control her own body, but medical science and Christian understanding make it obvious that the fetus is a living a human being with a body and soul of its own.  For example, in the McGraw Hill textbook, Patten’s Foundation of Embryology, 6th edition, biology professor Bruce M. Carlson writes, “The time of fertilization represents the starting point in the life history, or ontogeny, of the individual.”  In other words, our life begins at conception, not at birth.  Testimony from a Harvard Medical School professor before the U.S. Senate in 1981 acknowledged this, "It is scientifically correct to say that an individual human life begins at conception … and that this developing human always is a member of our species in all stages of life" (New York Times, April 26, 1981).

This is not to say this is common knowledge among women who abort their children in the womb nor are we trying to condemn anyone, but rather to make it plain that abortion is the taking of innocent life and we must know that it is wrong and act accordingly in our lives. On the contrary, we offer prayers daily for an end to abortions and a more profound respect for human life.  Abortion affects not just individuals involved, men and women, but also the nation.  Saint Mother Teresa, speaking at the National Prayer breakfast in 1994, stated, “I feel that the greatest destroyer of peace today is abortion." She went on to explain:

But I feel that the greatest destroyer of peace today is abortion, because it is a war against the child, a direct killing of the innocent child, murder by the mother herself. And if we accept that a mother can kill even her own child, how can we tell other people not to kill one another? How do we persuade a woman not to have an abortion? As always, we must persuade her with love and we remind ourselves that love means to be willing to give until it hurts. Jesus gave even His life to love us. So, the mother who is thinking of abortion, should be helped to love, that is, to give until it hurts her plans, or her free time, to respect the life of her child. The father of that child, whoever he is, must also give until it hurts.

Mother Teresa, known for her heroic work with the dying in India, where her sisters, now in 133 countries, literally cared for the dying in the streets and gave them some sense of dignity, who was respected around the world (Bill and Hilary Clinton attended this speech I am quoting here) made a final appeal:

And for this I appeal in India and I appeal everywhere - "Let us bring the child back." The child is God's gift to the family. Each child is created in the special image and likeness of God for greater things - to love and to be loved. In this year of the family, we must bring the child back to the center of our care and concern. This is the only way that our world can survive because our children are the only hope for the future. As older people are called to God, only their children can take their places.

But what does God say to us? He says: "Even if a mother could forget her child, I will not forget you. I have carved you in the palm of my hand." We are carved in the palm of His hand; that unborn child has been carved in the hand of God from conception and is called by God to love and to be loved, not only now in this life, but forever. God can never forget us.

I will tell you something beautiful. We are fighting abortion by adoption - by care of the mother and adoption for her baby. We have saved thousands of lives. We have sent word to the clinics, to the hospitals and police stations: "Please don't destroy the child; we will take the child." So we always have someone tell the mothers in trouble: "Come, we will take care of you, we will get a home for your child." And we have a tremendous demand from couples who cannot have a child - but I never give a child to a couple who have done something not to have a child. Jesus said, "Anyone who receives a child in my name, receives me." By adopting a child, these couples receive Jesus but, by aborting a child, a couple refuses to receive Jesus.

I would like to echo the final words of Mother Teresa when she said:
If we remember that God loves us, and that we can love others as He loves us, then America can become a sign of peace for the world. From here, a sign of care for the weakest of the weak - the unborn child - must go out to the world. If you become a burning light of justice and peace in the world, then really you will be true to what the founders of this country stood for. God bless you.


[1] King David’s is here referring to original sin of Adam and Eve, which is passed on to succeeding generations and which is made clean by the sacrament of Baptism.