The Deposit of Faith and the Holy Spirit of God 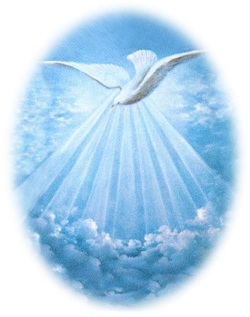 The Deposit of Faith is the body of saving truth entrusted by Christ to the Apostles and handed on by them to be preserved and proclaimed. Jesus ordered them to teach the nations "everything I have commanded you" and assured them "know that I am with you always, until the end of the world." (Mt 28:18-20).  The metaphor of a "deposit" suggests that this teaching is an inexhaustible treasure, that rewards reflection and study with new insights and deeper penetration into the mystery of the divine economy of salvation [God's plan for saving mankind]. Although the Church's understanding of this teaching can and does develop, it can never be augmented in substance. The Catechism of the Catholic Church notes:

"The apostles entrusted the sacred deposit of the faith [the depositum fidei; see 1 Tim 6:20; 2 Tim 1:12-14] contained in Sacred Scripture and Tradition, to the whole of the Church. 'By adhering to (this heritage) the entire holy people, united to its pastors, remains always faithful to the teaching of the apostles, to the brotherhood, to the breaking of bread [the Eucharist] and the prayers. So, in maintaining, practicing and professing the faith that has been handed on, there should be a remarkable harmony between the bishops and the faithful.'"

Both Oral Tradition and Scripture "come from the same divine wellspring." A shorthand formula for this is:

Apostolic Tradition--Jesus commissioned the Apostles to "go, therefore, and make disciples of all nations. Baptize them in the name of the Father, and of the Son and of the Holy Spirit. Teach them to carry out everything I have commanded you" (Mt.28: 19-20). He promised that the Holy Spirit would "instruct you in everything and remind you of all that I have told you" (John 14:26). Just before his ascension into heaven Jesus said, "Go into all the world and preach the gospel to the whole creation" (Mk 16: 15).  He commanded them to do precisely what He himself had done, namely, deliver the Word of God to the people by the living voice and granted them, through the Holy Spirit, the gift of tongues. He told them, "He who hears you hears me and he who rejects you rejects me, and he who rejects me rejects Him who sent me." (Luke 10:16)

It was by this oral Apostolic Tradition that the Church discerned which books should be included in the New Testament.  Many were already in use in the house churches (Christianity was "underground" for three centuries and much persecuted)  St. Augustine endorses the same position when he says: "I should not believe the Gospel except on the authority of the Catholic Church" (Con. epist. Manichaei, fundam., n. 6).  As St. Paul urged in his epistle, 2 Thessalonians 2: 15, "So then, brethren, stand firm and hold to the traditions which you were taught by us, either by word of mouth or by letter."  The books of the New Testament were written between about 45 A.D. and as late as 100 A.D. but were not put into a defined canon or single collection until the end of the fourth century.  Why not?  The Holy Spirit protected the oral Tradition or Apostolic Tradition taught by the true Church, which by 100 A.D. was already known as the "Catholic Church." See the seven letters of Ignatius of Antioch, accepted by both Protestant and Catholic scholars as legitimate. Sacred Tradition has for its subject the Holy Spirit, indwelling the Church as the soul animates the body. The Spirit guides the Church in its interpretation of the Word and in its liturgy.

Sacred Scripture/the Bible--The Bible consists of the Old and New Testaments. The Church and the faith existed before the New Testament was inspired by the Holy Spirit.  Jesus died between 30-33 A.D., but none of the Books were written before about 45-50 A.D. and only 3 or 4 of the twelve Apostles were among the human writers.  In the mean time many thousands or even millions were converted before the Bible canon (73 books) was agreed upon.  The New Testament was created by the Church, not the reverse as is sometimes maintained. The 27 books that would go into the New Testament, the canon, were not decided upon until the Council of Rome in 382 A.D., which met under the authority of Pope Damasus I, and this was reaffirmed at subsequent Councils at Hippo in 393 and Carthage in 397 A.D. (this latter is the one accepted by many Protestants). Many other books were in use by the Church from the Gospels of Peter and Thomas to the letters of Barnabas and Clement, but these were not determined to be a part of inspired Scripture.  It could be argued that it is not logical for Protestants to accept the New Testament and yet reject the authority of the Catholic Church which provided it.  Even Martin Luther admitted the Bible came from the Church and not the reverse.

It is also important to note that most people could not read in ancient times and only wealthy families could afford to purchase the papyrus on which books were written. In fact, only in the 20th century have most people around the globe become literate.  The concept of the "'Bible alone" is therefore, neither practical, historical or Biblical since no verses in the Bible state that this is the case. This is rather a doctrine that took hold in some Protestant denominations during the Reformation.

The Bible is the inerrant word of God, but it is not a systematic presentation of all that was in the Deposit of Faith. For example, the doctrine of the Trinity, especially the understanding of how Christ united His divinity and humanity and who the Holy Spirit is were the subject of controversies and heresies necessitating the calling of Church Councils during the first 400 years of Church history (such as the Council of Jerusalem discussed in Acts 15 and the Council of Nicaea in 325 A.D..)  Why would God give the Church the Holy Spirit to inspire the writing of the New Testament, but not be give the same Holy Spirit to the Church for its interpretation in an infallible way?  It was necessary that this be done because the Scriptures are not explicit in answering all theological and moral questions that arise (e.g., embryonic stem cells or contraceptives).  Scholars who have studied the Bible with zeal for 50 years or more often cannot agree on the basics, such as the meaning of baptism, how we are saved or what Jesus meant when He said, "This is my body."  Jesus did not leave His Church without the means to understand the Scriptures.  He is the greatest teacher and the interpreter of Scripture.  That is why he made so much of entrusting the Holy Spirit to the Church (see John 14-16).  He promised in John 14: 26, "The Paraclete, the Holy Spirit whom the Father will send will instruct you in everything and remind you of all that I have told you."  As St. Paul testifies in 1 Timothy 3: 15, the Church is the "pillar and bulwark of truth." Jesus told Simon that, "you are Peter [when God gives someone a new name it comes with the grace to do His will] and on this rock I will build my Church and the powers of death [gates of hell] will not prevail against it" (Mt 16:18).